The year 2011 was no doubt the most painful for my husband and i as our first born healthy son whom our family and loved ones were all looking forward to welcome had passed away 7 hours after a natural + vacuum delivery gone wrong. Grappling with my immense grief, i sunk into depression and did not understand why my newborn had to be taken away from me, having us as parents to bury our child and not knowing what to say to people who knew that i was pregnant and later saw that i had no newborn around me, and still having to complete my confinement during that period too. I couldn’t pick myself up to go to work after the confinement month and used the remaining maternity leave entitlement staying at home. My hubby, who wanted to be strong for us both, also gave up a regional posting for he felt this did not come at the right time.

Just as people around me tried to comfort me by saying time would heal all wounds, 6 months later, my mum, aged 59, suddenly passed away in her sleep. I lost 2 loved ones in a span of 6 months.

I felt my world collapse around me, my support system, and often cried out to God on whether He had forsaken me and why this was happening to us. It did not help when well-meaning Christian friends related the story of Job to me and quoted the line that said ‘He gave and He take away’ … ‘praise be the name of the Lord’… I felt outraged and upset on why He had to take away my first born son in such a manner, to allow me to give birth to him and to see his face and carry him and only for him to be taken away from me in a span of 7 hours.

Amidst the depression, i wanted a child so badly that i was thrown further into depression when during the post-partum period, the months seemed endless to waiting for my monthly period to return.

A month after my mum passed away, a colleague of mine invited me to New Creation Church and told me of a special church service for couples who wanted to conceive by Pastor Nerida Walker and to hear of her own testimony. Before i went, she also prayed for me and somehow spoke to me about twins. I even told her “If i have one alive child now, i will be already more than thankful, much less twins”. She encouraged me not to limit God as He is the God of abundance! Nevertheless, as it was a weekday, my hubby was busy at work and couldn’t make it on the first night. I recall reminding him that i would really like to attend and the second night was the last night.

Looking back, i believe this was a divine appointment for us to be there on the second night because i recall getting ready to go out and challenging God from my bathroom mirror that “Lord, please… if you are so so real, please show me how real You are.”

That night, it was our first visit to New Creation Church. Pastor Nerida Walker’s words seem to speak right into me, mentioning about how miscarriage and childloss was NOT part of God’s plan, she even spoke about Job and how was Job who lamented “He gave and He take away” and it was not God who said He gave and He take away. Pastor Lien reiterated and close the service by telling us “God gives and He gives and He gives …”

I was richly blessed at the service when it was time for a altar call and i was utterly shocked when Pastor Nerida Walker said that tonight she wanted to pray for: 1) the person or people who have lost their child and 2) were being prayed for with twins. At that moment, i felt that the challenge i gave to God to be real with me came alive and told my hubby that altar call was for me.

Both my hubby and i went forward and were prayed for by Pastor Nerida Walker. While i did not literally feel shivers down my spine of any sorts, i felt set free from blaming God for the loss of my son and that night, i felt that He felt the pain i felt of losing my firstborn.

Two months later, my husband and i could not believe when the gynaecologist announced that i was carrying twins! He was a fellow Christian who had heard of our story and had wanted to help me regulate my monthly cycle to help us conceive the second time. I believe that it was by no coincidence that this Christian gynae wanted to help us but our Abba Father creating little steps of restoration towards a beautiful miracle. The miracle was that before we even conceived, the gynae had monitored my cycle and told me that in that month, i could have a chance of either having one or none. Upon seeing 2 heartbeats on the screen monitor, he fell on his knees and praised Jesus for this miracle! Also, the fact that the detail scanning later showed us that it was fraternal boy-girl twins also confirmed that this can only be produced with 2 eggs and not a single egg splitting by chance to create identical twins. Only God knows how a second egg came and ‘bore fruit’! In addition, both my husband and my families did not have anyone who were twins!

During this pregnancy journey, my husband and i have been attending New Creation Church and we have been richly blessed by Pastor Prince’s sermons and teachings and these 9 months have been a healing and restoration journey towards knowing it was not God who took away my baby and that He has not forsaken us. Pastor Prince shared on the story of Ruth and that to “Wait, my daughter, until you find out what happens. For the man will not rest until the matter is settled”. Ruth 3:18. Jesus was and is our heavenly Boaz!

With the shadow of what happened during the first pregnancy overwhelming me, i was very scared to go through a natural delivery again, fearing that something bad would happen. As twin pregnancies were considered high risk, gynae had also advised us to go through a c-section with GA so that i would be asleep throughout. However i was also very fearful of that and the Lord knew that deep down, i wished i could attempt a natural delivery so that i could witness the birth of my twins.

I started having contractions at the end of the 31st week (Sunday) and was rushed to the hospital at 5am on a Sunday morning and praise God that despite being scheduled for a C-section on my 36th week, the twins were delivered naturally at 5.20am and 5.37amrespectively! The gynae even chuckled that the twins wanted to come out that i do not have a choice for C-section as the first twin literally came out together with the water bag bursting. Although they were born premature in the neonatal ICU, we prayed and told God this was His miracle and He was gonna make sure He was watching them grow stronger and stronger everyday and that no weapon formed amongst my babies will prosper.

What made it even more beautiful as we wept for joy was when on the day we finally announced this piece of news to family and friends on Facebook, i read New Creation Church’s daily devotion and it was this bible verse: “Return to the stronghold, you prisoners of hope. Even today i declare I will restore double to you.” Zec 9:12

All glory to our Lord Jesus, the God of miracles, restoration and abundance! 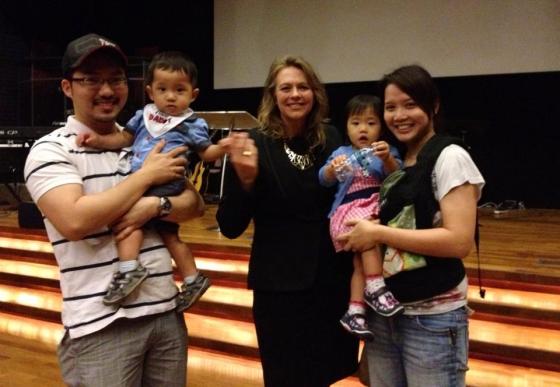 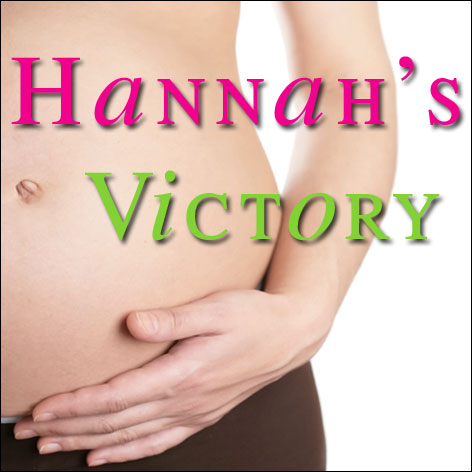 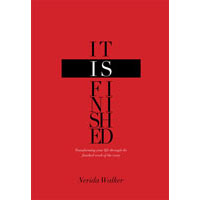 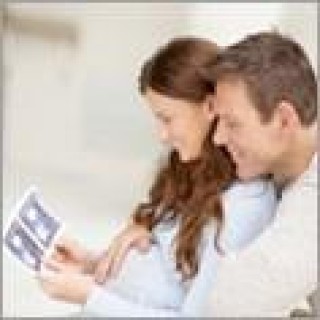